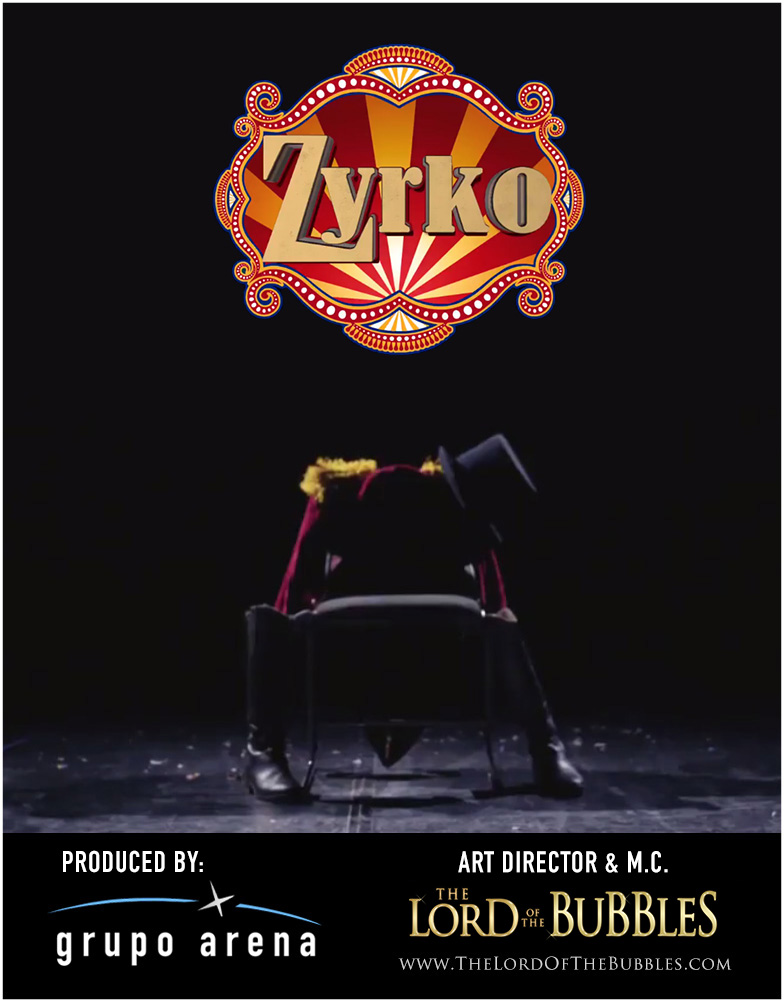 "ZYRKO" recreates the experience of the ancient circus with amazing acts by artists from Russia, Ukraine, Hungary, Mexico, Italy, Argentina, Spain, the Dominican Republic and Brazil. Another huge production created for the entertainment of the whole family without exception. The show has been produced by "GRUPO ARENA" and created in collaboration with Javier Urbina, "The Lord of the Bubbles" who is in charge of the artistic direction and also embodies the role as Master of Ceremonies in this retro circus with NO animals.

Small look at what was "ZYRKO 2017" with the most spectacular retro-vintage numbers. Skaters, soap bubbles, balances, clowns and even the HUMAN CANNONBALL act delighted more than 300,000 spectators last year during its more than 100 performances between Puebla and San Luis Potosí (Mexico).

"ZYRKO 2018" has announced its proposal for this year with international artists. A renewed cast with the only artist who repeats ( Javier Urbina "The Lord Of The Bubbles" - SPAIN ), acting again as inusual Master Of Cereomonies in this unique circus show with NO animals for the enjoyment of the whole family. 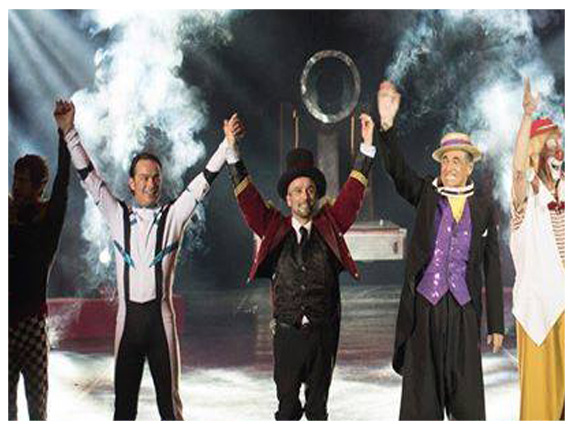 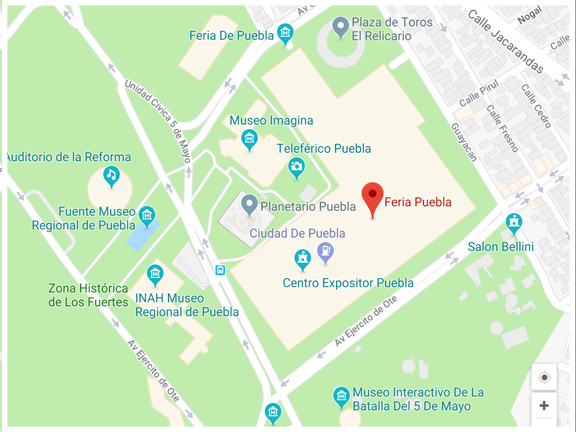 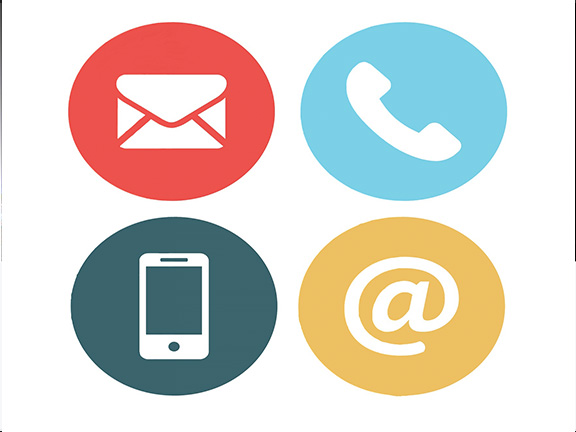 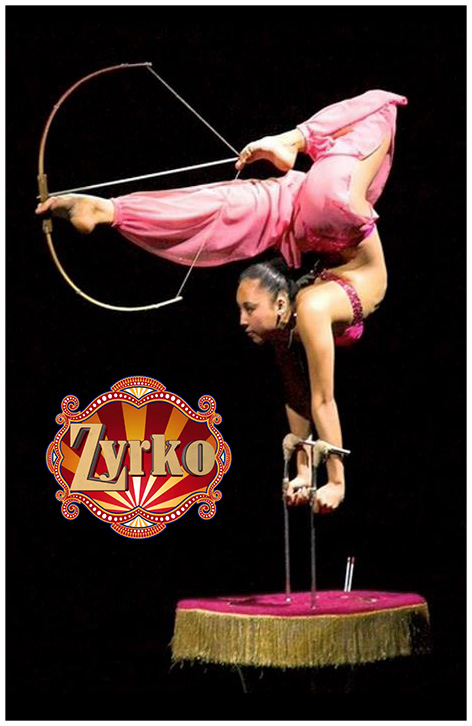 MASTER OF CEREMONIES OF "ZYRKO"